The Benefits of Pilates

Pilates is a dynamic form of exercise involving a series of postures, movements and stretches all of which have an emphasis on core strength. It is often classed as a low impact, low intensity form of exercise, as most poses typically don’t exert significant stress or pressure on the joints and ligaments, as opposed to high impact exercise such as running.

This is not to say however, that Pilates is only a light form of exercise – to the contrary, there are many different forms of Pilates, from gentle to fast flowing classes which offer full on workouts, improve general fitness and well-being, whilst helping to maintain strength and providing rehabilitation. 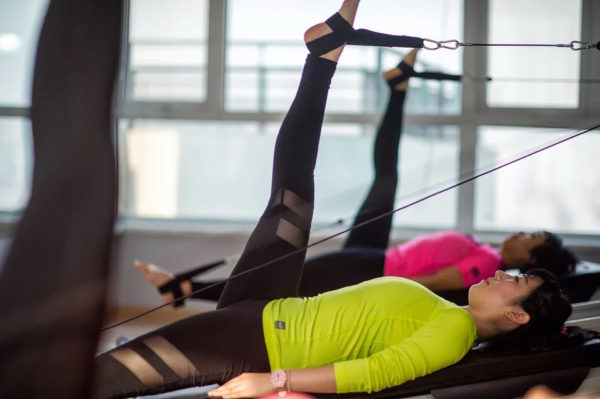 The Origins of Pilates

The origins of Pilates can be traced back to Germany, by a man named Joseph Pilates – as a child Joseph was plagued by various ailments such as asthma, rickets and rheumatic fever. Determined to overcome his afflictions, he turned to exercise and vigorously studied numerous disciplines. Greek ideology was of particular interest to him, where the ideal man was balanced in body, spirit and mind.

As Joseph grew, he became an avid sportsman and subsequently moved to the UK to embark on a career as a self-defence instructor. However, when World War 1 broke out, Joseph was detained by the British authorities and put in a hospital on the Isle of Man along with other German nationals. It was during his time as a detainee that he began to refine his ideas and develop his system of exercise by training other detainees. He helped bed ridden patients to exercise by adapting the springs on their beds – something which led to the subsequent invention of his later equipment designs.

In the early 1920s, Joseph emigrated to the US where, with his wife Clara, he opened a body conditioning fitness centre in New York city, located within close proximity of the New York ballet. Joseph and Clara’s methods soon became very popular, especially within the dance community. Several of Joseph and Clara’s students went on to open their own studios and teach the Pilates method.

Pilates has subsequently evolved from its initial origins to become an international movement with millions of practitioners all over the world. It is actively endorsed by countless celebrities as well as numerous professional athletes for its rehabilitative qualities.

During the last couple of decades, a growing culture of self-awareness and the increasing stresses and pressures of modern day living have all contributed towards the success of Pilates. Even though, over the years, Pilates has evolved and integrated a number of modern-day advancements, inclusive of further knowledge regarding the biomechanics of the body, the core method developed by Joseph Pilates however, still remains true to its origins and is taught in Pilates classes across the world.

What Does Pilates Involve?

Pilates classes vary, although they may typically be divided into two different types. Mat classes and reformer classes (these involve resistance training), both methods however, focus on deliberate controlled movements and postures performed in synchronisation with breathing – all of which is designed to work on strength and stability emanating from the core muscles. A typical Pilates class could be broken down into breathing, concentration, control, precision and flow.

Why Is Pilates Beneficial?

Pilates targets a number of muscle groups which are often not utilised during other forms of exercise. As well as this it uses mindfulness to connect to the inner workings of the body bringing with it a wide range of benefits both physical and psychological.

One of the primary areas targeted by Pilates are the core muscles – this is a major muscle group, one of the most active in the body and engaged in many types of movement, providing stability, strength and support for posture. This complex muscle group extends far beyond the visible ‘6 pack’ and includes the Transversus Abdominis, Multifidus, Pelvic Floor, External and Internal Obliques, and the Rectus Abdominis. Strengthening this muscle group is beneficial to the entire body, not only improving overall fitness and strength, but also creating improved posture which is carried through to everyday life. Looking after the body, feeling the benefits of core strength and engaging in consistently good posture has a range of positive psychological benefits, helping to boost self-esteem and well-being.

Who Is Pilates Suitable For?

Pilates is suitable for most people as it can be modified and adapted, therefore making it suitable for beginners, those with moderate and advanced levels of fitness, the old and young as well as pregnant women.

It is important to always check with a health professional and inform your instructor before practising Pilates if you have a health condition or are pregnant (where pregnancy Pilates is recommended). Pilates may not be recommended in cases of high blood pressure, risk of blood clots, herniated spinal discs or osteoporosis.

The ProPhysiotherapy team are firm advocates of the strengthening and rehabilitative qualities which Pilates has to offer. Our Pilates teachers are all highly qualified and provide a variety of different classes which include advanced classes, mixed ability classes, beginner classes, pregnancy Pilates and classes for the over 60s, as well as private and semi-private mat sessions. For more information on our Pilates classes or wider physiotherapy related services, don’t hesitate to get in touch today.