We recently have had a number of cases where runners have presented with deep hip pain that hasn’t gone away.

One such case was after the London Parks half Marathon when T.J, a 25 year old female runner presented herself to us with left hip pain that hadn’t settled in three weeks. She reported that she could walk on it although it was uncomfortable. Her GP had reassured her that it was just a ‘muscle tear’ and that with lots of heat and rest it would settle.

On examination, rotational movements of her hip caused pain; she had significant pain on palpation of the joint and her muscles were exhibiting signs of protective spasm. As we were unhappy with the presentation, we requested an X-ray from the local GP who was happy to take our lead on the case. Five days later, TJ was told that she had a large stress fracture of her femoral head of her hip and that she would be on crutches for 6 weeks (luckily we had given her a pair already!). It highlighted for us that female runners are often vulnerable to stresses through their bones if their biomechanics are not optimal (like flat feet) as well as the difference of mineralisation of the bones between the genders. Stress fractures are very common in the sporting population and are under-diagnosed. if in doubt ask a physiotherapist or doctor to examine it!

A 50 year old Accountant came into us with heel pain.

It had come on gradually over a weekend after helping his daughter to move house. He had gone to other healthcare colleagues who had diagnosed ‘plantar fasciitis’ and had given him stretches and he had purchased £200 worth of orthotics. Sadly, there was no reduction in pain so he was seeking a second opinion.

He also described mild back pain and on examination his movements were stiff but not provocative of any heel pain. When we tested his sciatic nerve (it goes from the spine to the foot), it was sensitive and irritated his heel. Pressing onto the exit point of the nerve at his lumbar spine immediately gave him his heel pain. He was greatly surprised! We mobilised the joints and tissues in the lumbar spine area to desensitise the nerve and he reported a 40% improvement in symptoms. One week later and another session of physiotherapy and he was pain free. We have kept a check on him via email (as with all our patients) and one month later he reports that all is well. It was a case that emphasises the need to think ‘outside the box’ diagnostically and to always know your anatomy. We love cases like that!

Common scenario from the summer:

35 year old summer time tennis player who developed tennis elbow. This time they had aspirations to play all year round and improve their game. Physiotherapy improved their pain and we got some of our exercise colleagues to assess their technique which showed the classic error of over use of the wrist muscles rather than serving using the trunk and the strong rotation muscles of the shoulder. We worked with this client to achieve his goals and he is now pain free and plays tennis twice a week. That sums us up I think!

As we enter into the next phase of the Covid-19 pandemic, ProPhysiotherapy are following the Government guidance and patients are being encouraged to continue to attend medical appointments during this second lockdown. We want to reassure you all, that the ProPhysiotherapy Clinics will remain open to look after your health. We will continue to offer face to face appointments and video consultations.

We have been working safely for the last few months using appropriate PPE and following stringent Covid19 protocols and procedures, to ensure the highest health and safety standards. We may look a little different in our PPE from what you are used to, but this is simply to ensure your protection and the safety of our team members.

If you are struggling, please do not hesitate to contact us and we can discuss all our treatment options and work out what will be best for you! 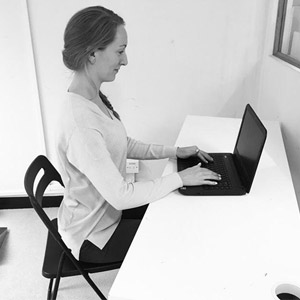 Telephone and Video Consultations are available

Working from home? Why not book an Ergonomic/Home Workstation Assessment?

Ergonomics – the study of people’s efficiency in their working environment.  The risk of aches and pains caused by poor posture and inadequate work stations at home is high.

Reduce the risk of postural-related pain while working from home with an online video ergonomic assessment from one of our experienced physiotherapists. We can assess your workstation and suggest and implement improvements during the session. We will also go through some postural desk based exercises to keep those aches and pains at bay.