The Difference Between Yoga and Pilates

Yoga and Pilates are mindful, low impact exercises, with a number of similarities as well as a number of differences. Pilates is frequently described as an activity which focuses on core and muscle strengthening, whereas yoga is all about overall flexibility. Both Yoga and Pilates have become extremely popular in the western world, and have also benefited greatly from numerous celebrity endorsements.

Yoga and Pilates are beneficial for everyone – while some people may prefer one to the other, and some may choose to do both – both Yoga and Pilates classes typically range from gentle to intense, sweaty workouts, depending on the type of class and how much the practitioner exerts themselves. 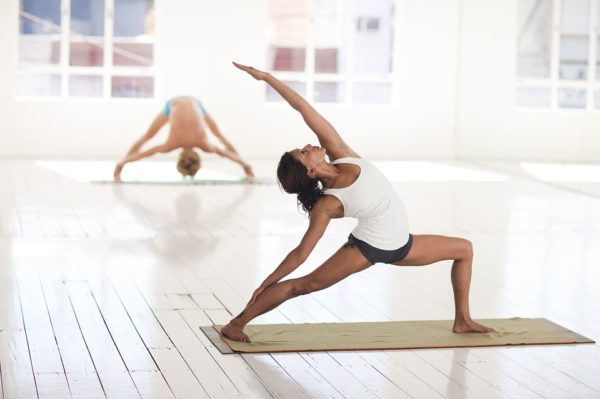 Yoga is a practical but also spiritual process, its overall approach is to unify the mind, body and spirit. Most yoga classes place considerable emphasis on anchoring the mind in the moment, away from any distractions of the day. Yoga is a popular way of improving flexibility, gaining strength and reducing stress – it involves a series of exercises and poses combined with meditative practices, breathing and philosophy.

The practice of Yoga is very much considered a therapeutic activity, helping to heal the mind and the body. There are various different types of yoga classes available, which range from relaxing to physically stimulating, each targeting specific goals and suited to individual moods, personalities and styles. 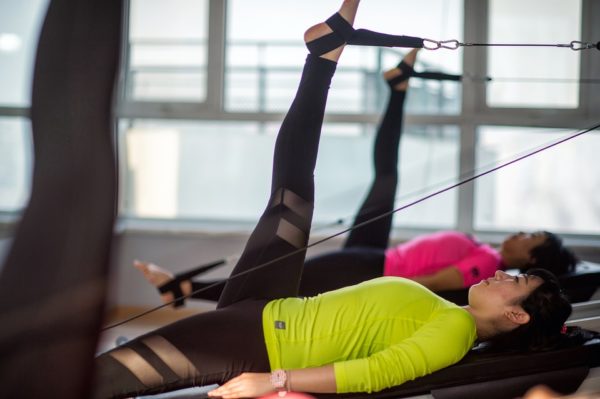 Pilates is a form of exercise similar in many ways to yoga, however, the primary focus of Pilates is healing and rehabilitation with a strong focus on core strength, posture, balance and flexibility. Pilates classes range from beginner to advanced, helping to improve general wellbeing and fitness levels. Pilates concentrates on strengthening the body through specific exercises and poses, with an emphasis on core strength. Some types of Pilates classes use machines for resistance training making exercises even more strenuous.

Yoga is believed to be around 5,000 years old and has its roots in South Asia. It wasn’t introduced to the west until relatively recently – over the last few decades it has evolved into something of a western phenomenon, gaining increasing prominence.  Yoga has various documented translations around the world and involves a key connection between the mind and the body.

Pilates was developed in the early 20th century by Joseph Pilates (after whom it was named) – the roots of Pilates are in healing and rehabilitation, including both physical and mental aspects. Joseph Pilates was plagued by various mobility limiting aliments as a child such as rickets, rheumatic fever and asthma – he developed Pilates for the purposes of rehabilitation and strength. Joseph Pilates described the practice of Pilates as the following: “Contrology (Pilates) develops the body uniformly, corrects wrong postures, restores physical vitality, invigorates the mind, and elevates the spirit”.

In the 1960s, Pilates moved from Europe to New York where he opened his own studio – this was located near the New York City Ballet, and subsequently soon became popular with a number of high profile dancers, due to the improvements it offered in terms of strength, stamina and flexibility.

The Importance of Breathing Technique

Breathing is a consistent effort throughout both Yoga and Pilates, and whilst correct breathing technique is an integral element of Pilates practice, there is however more of a focus on breathing during Yoga, as it engages in a number of different breathing techniques utilised at different points during different practices. Yoga practitioners are guided to learn to breathe more deeply, and create a connection between breathing and clearing the mind. 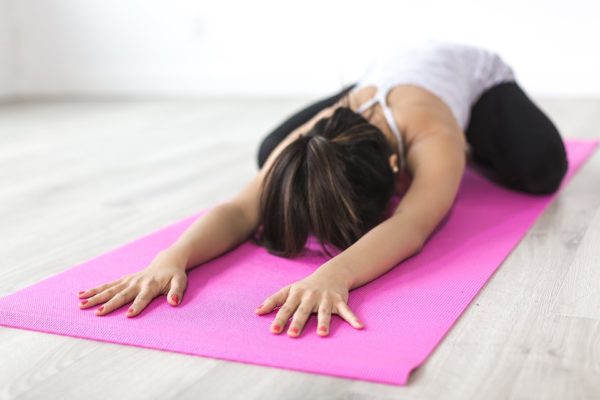 Benefits of Yoga and Pilates

Both Yoga and Pilates involve lifting one’s own body weight, with the use of a mat and very few additional props. Both activities also help to improve the following:

Yoga has a wide range of both physical and mental benefits which include:

Pilates may be specifically beneficial for a number of issues including:

Which One Is Right For You?

The choice between Pilates and Yoga generally depends on individual goals and preferences – both activities are good for improving general fitness levels, and are helpful for trying to lose weight and toning up. Yoga, as discussed can be highly effective in combating the effects of depression, stress and anxiety. Some may choose to practice both disciplines and for others, it may simply be down to personal preferences or individual circumstances.

Click here to view the latest timetable and prices