The 10 Most Common Sports Injuries

People who participate in strenuous sporting activities are more likely to suffer from muscle and tendon injuries. In some cases, anatomical variances, such as uneven leg length, excessive pronation (flat feet), patella alta, etc. may lead to a higher chance of developing an exercise related injury. However, in most cases, sports injuries are often the result of poor training methods.

Some common sports injuries include the following: 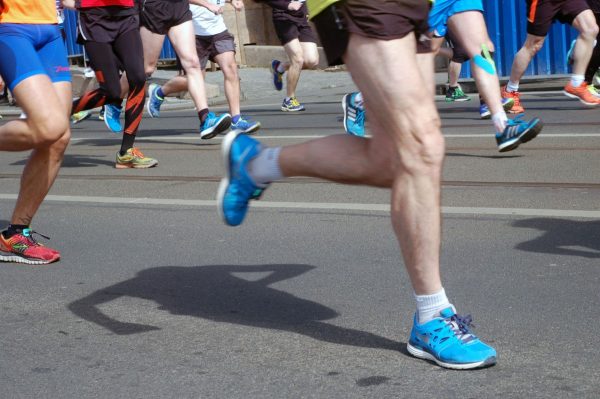 Runner’s Knee is a blanket term used to describe repetitive strain injuries involving the knee, typically due to regular running or other sports involving running and jumping. Most knee pain due to sporting activities is due to either Patellofemoral Pain Syndrome (PFPS), or Iliotibial Band Syndrome (ITBS) and in very rare cases, the two disorders may occur together, but this is not common.

PFPS describes a disorder of the patellofemoral joint, symptoms typically include pain felt at the front of the knee, around and under the knee caps. It may be a result of swelling of the knee joint due to overload or a repetitive injury due to poor biomechanics, running on a hard surface without appropriate footwear for example, poor running style, or changing direction quickly. In some cases, a fall can cause swelling of the knee, this may develop into PFPS if the knee does not have sufficient time to repair itself.

ITBS is another type of repetitive strain injury where inflammation or irritation of the iliotibial band, (a large band of fascia at the side of the knee and thigh), causes pain at the outside of the knee. This can build up during training for high impact sports such as running, football, rugby, etc. and much like PFPS, it is often a result of a repetitive strain overload injury.

For initial treatment rest, elevation, compression, ice packs and over the counter pain relief medication such as paracetamol and ibuprofen may suffice. If painful symptoms persist, physiotherapy can be highly beneficial, helping to stretch and strengthen the muscles and surrounding soft tissues. Other techniques may be considered such as taping and in more severe cases a steroid injection may be an option. 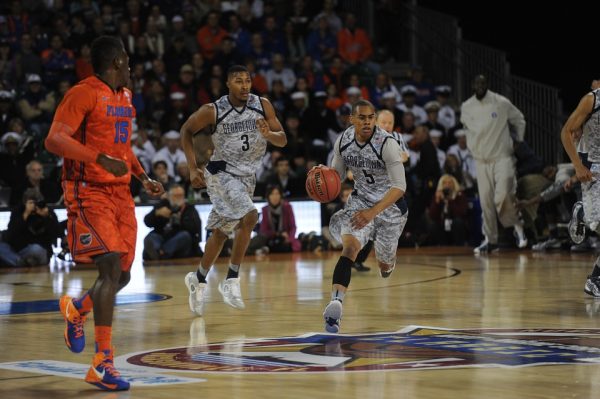 An ACL tear describes a serious knee injury to one of the four primary ligaments which serve to stabilise the knee joint. Injuries to the ACL typically occur when pivoting or landing from a jump, and are a common sight in sports which involve rapid direction change or jumping such as football, hockey, netball or basketball.

Following a tear to the ACL, the knee usually gives out from under the individual, and significant pain and localised swelling are present. Some describe hearing a ‘popping’ sound at the time of the injury. ACL ruptures can be treated initially with rest, elevation, compression, pain relief medication and ice, and this can be followed by a course of rehabilitative physiotherapy. Depending on your symptoms and where conservative treatment methods have failed, surgery may be considered.

This describes a tear in the muscles at the back of the calf and are typically graded as 1 (minor) 2 (moderate) and 3 (severe).

A calf tear or strain typically occurs as a result of acceleration, or a sudden change in direction whilst running, and in most cases the individual feels a sudden sharp pain in the back of their calf which gets progressively worse over the following hours causing difficulty walking. In more severe cases, bruising and swelling of the calf muscle will be visible. Initial treatment typically involves rest, compression, elevation and ice. This is usually followed by a rehabilitative course of physiotherapy. 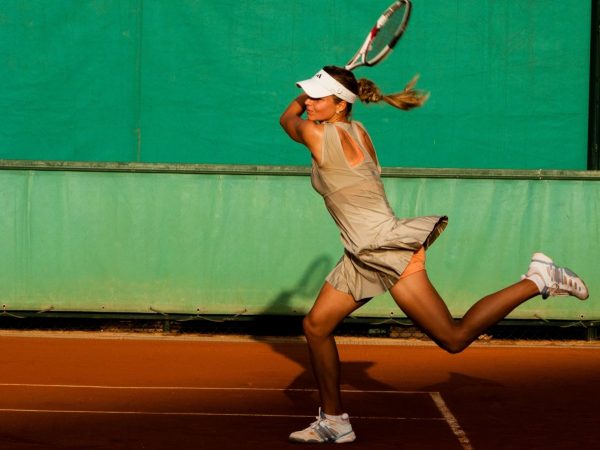 Tennis or Golfer’s elbow describes inflammation of the tendons of the elbow, and these tendons join the bones and muscles together in the wrist which control the forearms. Tennis elbow is typically caused by activities which place repeated stress on the elbow joint such as playing tennis, squash, etc. It may also be a result of other occupations including painting and decorating or playing the violin. Overuse of the muscles and tendons can result in the development of tears and inflammation.  Treatment is in the form of rest, pain relief medication, ice, compression and physiotherapy. In some cases, a steroid injection may be an option.

Shin Splints is a collective term used to describe pain related injuries on the inside and front of the shin, caused by inflammation of the tissue around the shin bone. They are often associated with sports which involve a lot of running such as football, and sports which put a lot of weight on the legs e.g. tennis or basketball. Other causes of shin splints include poor biomechanics, insufficient warm up pre-intensive exercise sessions. Typical symptoms include pain along the shin bone or on the inside of the shin before or during exercise.

Shin splints can be treated initially by a combination of rest, ice, pain relief medication and switching to low impact activities whilst the injury repairs itself. In more prolonged episodes, treatment will involve physiotherapy and possibly the treatment from a podiatrist. 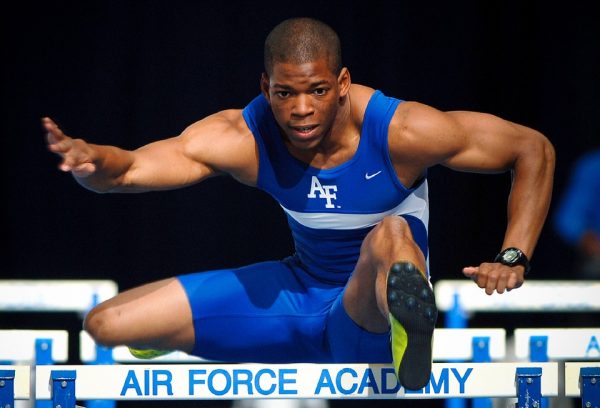 A groin strain is a muscular tear to any one of the groin muscles, often one of the hip adductor muscles. Groin strains usually occur due to high speed activities such as sprinting, jumping, kicking or rapidly changing direction. Typical symptoms include pain and tenderness felt locally in the region of the groin, pain when stretching the groin region and during muscle contraction.  Groin strain treatment includes rest and ice followed by specific stretches and a strengthening programme guided by a trained physiotherapist. 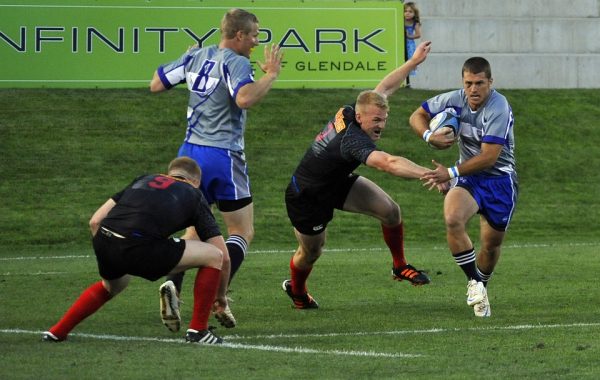 Sports concussion is one of the most serious types of sports related injury. It occurs when the brain is rapidly moved back and forth within the skull, usually due to a jolt, bump or direct blow to the head. Some sports are at a higher risk of concussion, these include football, rugby, basketball, volleyball and several other contact sports.

In most cases, signs of concussion appear within a few minutes or hours of a head injury, however in some cases symptoms may not appear for a few days. Concussion appears to affect how the brain processes information. Following concussion patients may exhibit difficulty with memory, balance, speech and coordination. In most cases concussion only causes short term symptoms, however severe concussion or repeated concussion may have long term consequences.

Concussion does not necessarily cause the individual to lose consciousness, it can cause a variety of symptoms which may include one or more of the following:

In cases of suspected concussion, all sports related head injuries should be checked by a trained health professional for assessment before returning to any type of sporting activity. Evaluation is essential to rule out the potential risk of more serious brain injury. Treatment for minor concussion includes rest, ice, paracetamol (ibuprofen, Aspirin and any other medication which thins the blood should not be taken), refraining from both physically and mentally taxing activities and ensuring the individual suffering from concussion is not left alone for at least 24 hours. 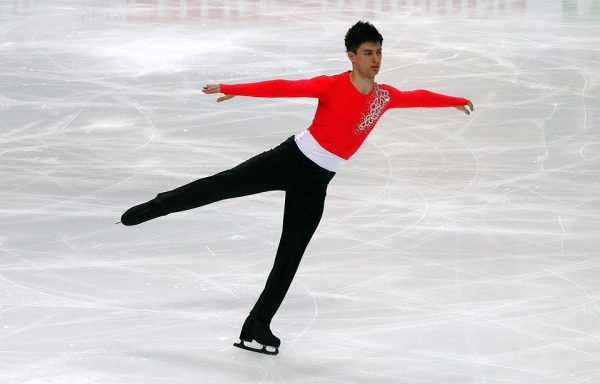 The hip flexor muscles refer to an important group of muscles attached to the hip and the upper femur. They enable movement and flexibility, such as knee extension and hip flexion, and rotation of the thigh. Hip flexor strains occur when the muscles are torn or overstretched and are usually graded from 1 (minor) to 3 (severe). Strains are characterised by feelings of sudden sharp pain in the hip or pelvis area, as well as pains, cramping sensations or in some cases, muscle spasms in the leg area.

Strains and tears are often seen in athletes who use their hip flexors during training. The hip flexors are engaged when the athlete brings their knee towards the torso such as in running, jumping, dancing or martial arts. Treatment involves a combination of rest, compression, ice, pain relief medication and specific stretches and strengthening exercises guided by a trained physiotherapist. A mild strain should heal within a few weeks, whereas a more severe strain may take up to 6 weeks or even longer.

The shoulder joint is one of the body’s most mobile joints, making it particularly susceptible to injury including dislocation, malalignment, impingement, sprains and strains. Shoulder injuries involving the rotator cuff muscles are especially common in sports which involve overhead movement, including cricket, baseball, swimming, tennis, etc. Symptoms include sharp pain, aching and localised swelling, sleep disturbances and weakness of the arm.

Treatment for shoulder injuries vary. It may initially be in the form of rest, ice and anti-inflammatories to reduce swelling, this is usually followed by a course of targeted strengthening and stretching exercises. Steroid injections may be considered, and in more severe cases, surgery may be required. 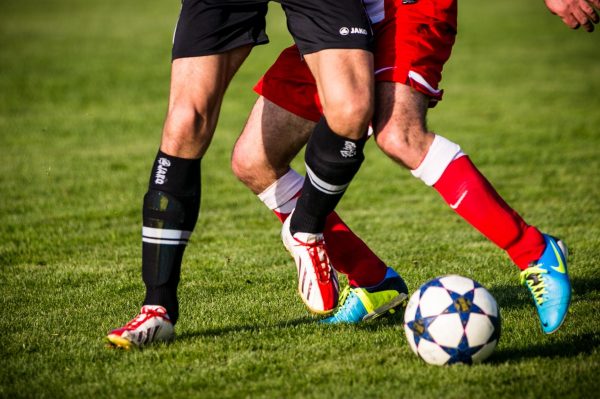 The hamstrings are a large group of muscles at the back of the thighs. Injuries to the hamstring muscles are extremely common during sporting activities and are graded in severity from 1 (mild) to 3 (severe).

When not sufficiently warmed up, the hamstrings are often tight, making them prone to tears and strains. Inadequate warm up and stretching, or a lack of flexibility can all increase the likelihood of injury. Hamstring injuries often occur as a result of running, jumping and lunging; when the hamstring muscles tear, a pop sound can be heard or felt, and the individual will feel immediate pain, which in some cases is accompanied by bruising and swelling.

Rest, ice and anti-inflammatories are usually recommended following the initial injury, this is typically accompanied by specific strengthening and stretches guided by a physiotherapist. Hamstring injuries often take a long time to heal as even gentle walking causes stress to an injured hamstring. More serious injuries can put athletes out of action for several months.

For practical help and advice with sports related injuries, get in touch today with ProPhysiotherapy.