Patellofemoral Pain Syndrome (PFPS) is a broad term that refers to pain experienced at the front of the knee, involving the area where the kneecap (patella) articulates with the femur. It is one of the most common and challenging injuries caused during sports and is something that appears to be more prevalent in runners. For this reason, it is often informally referred to as “runner’s knee”, although it can manifest in anyone. The fact that it can be difficult to pin down the exact cause of the disorder and that it is also easy to aggravate makes this a challenging condition in terms of treatment.

The patella, more commonly referred to as the kneecap, is a small triangular-shaped bone located at the front of the knee joint, it joins the femur (thigh bone) to the tibia (shin bone) and serves to protect and articulate the cartilage of the knee joint. The knee joint itself is subject to heavy wear and tear, as it supports the weight of the body during movement; something which increases considerably during high impact exercise involving the legs, making it a relatively common overuse disorder in athletes and individuals that exercise rigorously.

Pain is typically felt under or around the patella itself. It does not tend to radiate down the outside of the leg into the ITB or lower down into the joint line of the knee. Painful symptoms are usually aggravated by vigorous physical activities which involve excessive load: squatting, lunging, kneeling, climbing stairs and running, especially downhill. It can also be provoked by prolonged periods of flexion, especially during long periods of sitting. In most cases the knee does not fully lock, has minimal visible swelling and although it may feel stiff still has a full range of movement. In some cases, there may also be clicking or grinding (technically referred to as crepitus).

Why Does Patellofemoral Pain Syndrome Cause Pain?

There is some debate as to exactly what causes the pain in PFPS. One researcher, Scott Dye experimented by having an arthroscopy probe moved around inside his knee while he was awake with no anaesthetic. Scott reported that when the underside of his patella was probed, he felt no pain, however, while probing his synovium (the membrane that surrounds and protects the joint), he experienced excruciating pain. The underside of the patella (where Scott experienced no pain), is reportedly poorly innervated and is therefore generally not an area associated with significant pain.

Although in cases of chondromalacia, a condition that involves changes to the cartilage on the underside of the patella, there is a strong correlation with painful symptoms. There are also a range of other tissues around the patella including the retinaculum, plica, bursa and infrapatellar fat pad that are all capable of provoking sensations of pain, making this a highly complex area. 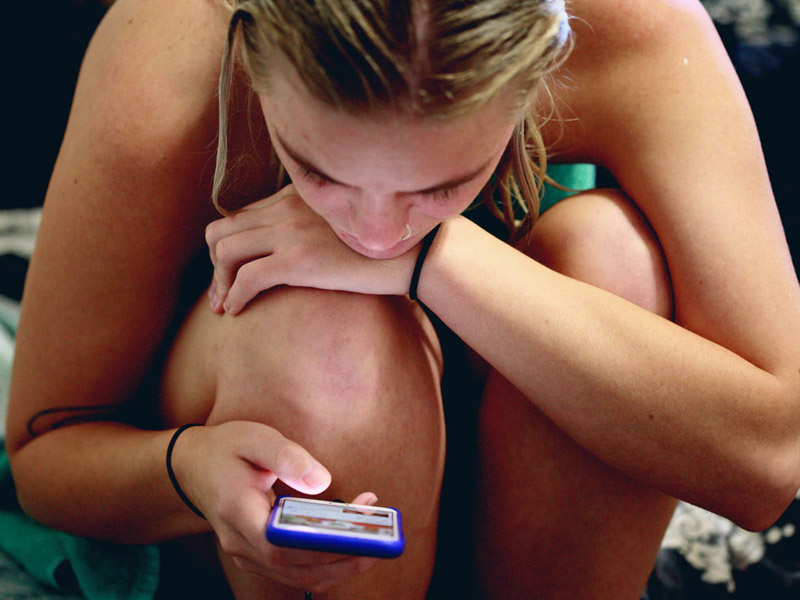 Nobody knows the exact cause of PFPS, but as previously mentioned it appears to be associated with vigorous exercise. It may also be due to a sudden change in physical activity or in some cases, due to poor technique or lack of specific training when using equipment, poor posture and form, improper footwear and running or exercising on a hard surface.

It may also be caused by a structural problem such as malalignment in the knee joint itself if the kneecap has shifted too far towards the outside or inside of the leg. This may also refer to muscular weakness or imbalance in the muscles of the hips or thighs.

Muscle weakness related to the knees typically refers to two main groups. The first is the quadriceps (more commonly referred to as the quads) and this is a large muscle group whose function is as a hip flexor and a knee extensor. The other muscles involved include the gluteus medius, minimus and the gluteus maximus (the glutes), and these muscles are in the buttocks. However, given the biomechanical relationship between the hips and the knees, weakness in these muscles can cause significant knee pain. Strengthening both muscle groups with targeted exercises can help to reduce potential issues involving the knee.

Lifestyle and occupation may also play a key role. Occupations that involve bending the knee all day can inadvertently lead to knee pain and issues with the knee.

Sudden intense training without a gradual build-up, such as dramatically increasing intensity, distance or speed, or suddenly changing routes to include lots of hills, especially for runners, is something that has an exceptionally high patellofemoral load.

Some EMG studies have highlighted changes in the speed at which the muscles contract in people with PFPS. These such studies demonstrate that in some people with PFPS, the gluteus medius contracts slower and that the muscles on the inside of the knee (known as VMO) contract later than the outside (VML). Although these changes in timings are mere milliseconds, it is suggested that the knee lacks adequate support during this time, something which over time builds up and is accentuated by excessive movement. Taping is one form of treatment which may be beneficial towards poor timing of contraction, some people find that this reduces painful symptoms and improves timing. Other possible causes of PFPS may include poor single leg balance, poor control of single knee dip and knee rotation.

Movement of the kneecap can be negatively affected by tightness in the surrounding tissues, this can include the quads, ITB, the hamstrings and calf muscles and the area directly around the knee. Tightness in the ITB is thought to pull the patella slightly laterally (towards the outside of the knee) leading to increased load on the joint. The quadriceps attach to the patella directly and so any tightness in this muscle will affect the way the patella moves and potentially increase the load upon it. Hamstring and calf tightness can increase patella load indirectly by the way they affect knee movement. This tightness can be relieved by specific stretches and manipulation. A foam roller can also offer an effective way of reducing muscle tightness around the knee and can be used on the quads, ITB, hamstrings and calf muscles.

This is closely linked to muscle strength, movement control and biomechanics. Improving these areas may help running form. Running gait analysis can also provide an insight into changes related to pain. Foot strike, stride length, overpronation, supination and hip adduction all have the potential to affect patellofemoral load, however, variables within these are normal, making it sometimes difficult to determine what type of treatment, if any, would be the most effective. Some runners find that reducing stride length is useful when trying to combat painful symptoms around the knee. 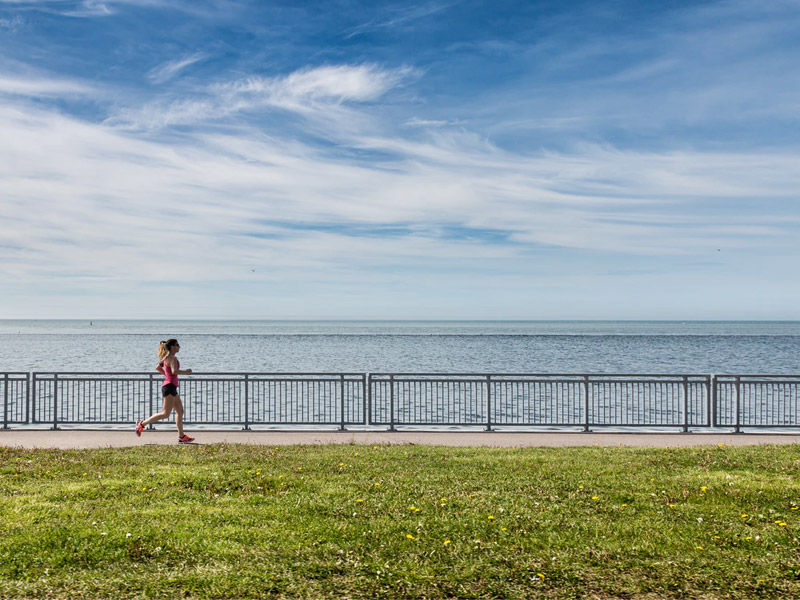 This refers to the structure of how parts of the body such as bones, muscles, ligaments, tendons etc. all work together to produce movement. It is a complex area that can vary considerably from person to person, as all people are invariably shaped differently.  A number of associated causes of Patellofemoral Pain Syndrome relate to biomechanics, some aspects of which will respond to treatment, whereas others will not. Assessment from a physiotherapist or podiatrist may help you identify biomechanical factors and address them where possible. Some people have biomechanical changes with no pain – however if their tissues are able to tolerate the extra load that this places on them, it is not always an issue.

Orthotics have shown mixed results in the treatment of PFPS – Neptune et al. 2000 compared the use of orthotics with strengthening of the medial quads on a 3D model. They concluded that medial quads’ strengthening yielded more consistent results than orthotics in reducing patellofemoral load during running. It should be noted, however, that this was a 3D model examining treatment effects – it did not involve real people actually running! Collins et al. 2009, compared orthotics with physiotherapy and found no significant differences. When orthotics were added to physiotherapy it did not achieve better results than those of just physiotherapy alone.

The shape and position of the patella and its location relative to the femur and tibia can affect load on the joint, this is referred to as the “Q-angle”.

Overpronation of the foot can also be related to PFPS, especially if associated with hip adduction. However, this is easier to change than the Q-angle. Patella position can be temporarily altered by taping.

Treatment typically aims to focus primarily on settling the acute symptoms and inflammation by reducing the load on the patella and surrounding tissues. This can be achieved through elevation, rest, ice or heat, stretches, manipulation and anti-inflammatory medication if necessary. Some people have found taping to be a highly effective method.

Once the initial symptoms have settled, the cause of the problem should be identified, and subsequent rehabilitation should commence to help address the cause.  Then it will be possible to gradually “reload” the area and return to normal activity.

During preventative treatment, the aim is to identify the source of the aggravation and to reduce the load by modifying and reducing aggravating movements. In cases of severe pain, this may mean stopping exercise or work altogether, although for most people it will mean reducing or pacing their physical activity. This is particularly important for runners; the pace should be built up gradually, modifying the distance and speed accordingly, as well as addressing running style (stride length, speed) and gait. It is also important to ensure the use of appropriate footwear and use taping as a preventative measure. Ice and heat treatment, coupled with elevation can be helpful if pain is experienced, but it is not advisable to continue running or exercise if too much pain is experienced.

A graded return to intense exercise/running is recommended in the case of PFPS, avoiding dramatic increases in speed or hill running before gradually reintroducing it.

Get in touch today to discuss your requirements, our highly experienced team of physiotherapists are experts in their field and able to treat a wide range of conditions including Patellofemoral Pain Syndrome. Treatment is tailored to suit individual needs and is based on established and accredited techniques, supported by clinical research and proven to be effective.